How To Ace Your Job in The First 90 Days 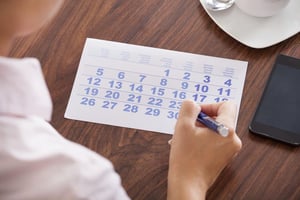 In this Forbes article, Michael Watkins offers his advice for successfully navigating the first crucial days in a new role and underscores the importance of making a good first impression. The article is based on an interview he originally gave with LearnVest.

LearnVest: Why are the first 90 days on the job so important?

Michael D. Watkins: Lots of my research shows that what you do early on during a job transition is what matters most. Your colleagues and your boss form opinions about you based on limited information, and those opinions are sticky—it’s hard to change their minds. So shape their impressions of you to the best of your ability.

Why 90 days, specifically? It’s a quarter, which is a recognized time frame in the business world. Companies often track how they’re doing based on how much progress they make each quarter—and you should too.

What’s a key way to make a good impression from the get-go?

I see people focus too much on the technical job skills and not enough on the company’s politics. Build key relationships early. Ask your boss, “Who is it critical that I get to know?” And then invite those people to coffee or lunch and pick their brains. Don’t just focus “vertically” on managers above you—also create “horizontal” alliances with colleagues. You want to have support at all levels.

You’ve mentioned that people can quickly fall into vicious cycles if they’re not careful. What does that mean—and how does it happen?

Once the die is cast in one direction or the other, it tends to be self-perpetuating—and it can turn into a negative feedback loop if you’re not careful. For example, if you make early mistakes, people will look at you as ineffective going forward because they’ll be looking at you through a darkened lens. If you’re late your first week, you may be seen as lazy or irresponsible—and that reputation can be tough to shake. And if you make a bad call and the company loses money, your judgment may be called into question when it comes to future decisions.

RELATED: 5 Career Mistakes You Didn’t Know You Were Making

Given that there’s usually a learning curve during a transition, how can you be extra careful to prevent mistakes?

Take time to observe the office culture, and try your best to blend in. And always listen before you speak. Sometimes people feel a need to prove themselves early on, so they form an opinion before they really know what they’re talking about.

Also, don’t talk about the last company you were at or put awards that you won at your previous employer on your office wall. Nobody wants to hear or see that, especially if your old company is considered a competitor.

Lastly, follow up. If you promise someone something, make sure you deliver what you said you would on time. That builds trust.

Is there a way to speed up the learning process?

Throw work-life balance out the window for a little while. There’s no substitute for logging the time and digging in. This can be especially challenging if you have a family, so see if your spouse or a grandparent can help out more during this time. Or perhaps you can hire someone to help temporarily with child care.

Also seek a mentor. Is there someone at the company who has done what you’re doing before? Enlist that person’s help and offer help in return. For instance, maybe a colleague can show you how to master the internal computer system and, in return, you can teach that person how to craft an effective tweet. Every networking relationship is an exchange.

You’ve talked about assessing your vulnerabilities within the first 90 days. Why is this important?

There’s always a risk you’ll gravitate toward the parts of the job that you enjoy and feel you’re good at—and ignore the parts of the job that you dislike or aren’t as good at. It’s like a right-handed person who favors her right arm—the muscles in her right arm will grow, but the muscles in her left arm won’t. Try to become more ambidextrous, so to speak, so you’re well-rounded.

This strategy won’t help you become more well-rounded or get ahead, so create a rule that you can’t schedule a presentation until you’ve spent a certain number of hours building spreadsheet models. By forcing yourself to do this, you might become faster at it and perhaps even learn to enjoy it.

What can you do to make your boss like, respect and trust you from the start?

Be proactive because it’s your responsibility to make the relationship work. If your boss doesn’t reach out much, you make it a point to check in regularly. Ask how your boss prefers to be contacted—in person, via phone, by email—and how often.

And manage expectations—bosses don’t like surprises. If something is taking a turn for the worse, let your boss know there’s a problem and have a plan for how to solve it. These strategies will help your boss get up to speed and realize you’re reliable.

What are some common pitfalls when dealing with a new boss?

Some people try to change their boss, and that doesn’t work. You need to get accustomed to your manager’s style and idiosyncrasies. Maybe, for instance, your boss loves meetings and you don’t. If you follow her lead and schedule them, you’re more likely to please her.

It’s also crucial to do work that matters to your boss. Even if you wouldn’t prioritize in the same way, you should prioritize the way your boss does in the first 90 days.

Of course, if your boss asks you to do something unethical or illegal, then you may feel the need to push back immediately. But if you disagree about something less fundamental, like how often to communicate, wait to tactfully bring up your concern after the first 90 days.

Say: “I’ve been checking in with you daily. It feels to me like we’re doing well together. Do you still think it’s necessary to check in daily, or can we go to a weekly check-in?” When you present it in the form of a question, you’re still respecting your boss’s authority and leaving the decision up to your boss.

Why is it crucial to be flexible and adaptable in a new role?

As you move up, recognize that the skills that helped you excel at your last job won’t necessarily make you successful in your current role. Say a great salesperson becomes a manager. Maybe this person can persuade customers to buy products—but doesn’t know what to do when employees come in late or don’t meet quotas.

Recognize what new skills your new job requires—and grow into the position. Some skills will come naturally to you as you spend more time on new tasks, but you may require extra help for others. See if there are any free online programs or books you can read that would boost your knowledge. Then talk to your human resources manager to see if the company offers internal programs or discounts on outside conferences or classes that might accelerate your learning.

In your book, you talk about securing an “early win.” What does that mean?

Build credibility for yourself by being seen as someone who is learning and connecting with the organization. So if, say, one of your products is struggling, perhaps your “early win” is to push through a decision to either kill it or devote more resources to it and pump up sales. Or perhaps you hire a new manager or arrange an event that boosts morale to quickly turn things around.

I worked with a guy in the pharmaceutical industry who was tapped to run a $2 billion company. He decided that he would take 30 days to talk with people in the company before he even started his job. He spoke to everyone—senior people, junior people, support people.

And when Day One finally came, everyone felt like he’d already been there. They admired his passion, curiosity and sincerity, and after 90 days, he was seen as being on top of the business.