When you are in the midst of a major crisis – and the current situation with the Coronavirus certainly qualifies – the natural tendency is to get consumed with assessing the situation, developing response plans and mobilizing your organization to meet the threats. In the process, it’s easy to forget that the crisis will pass, leaving a “new normal” in its wake. The world will change – potentially in fundamental ways – but the planet will (hopefully) still continue to spin on its axis.

The implication is that you should start planning for post-crisis realities at the same time you are dealing with the immediate challenges. Why? Because (1) the crisis will create new competitive opportunities and threats, and (2) it may allow you to speed up needed changes internally.

The Chinese character for “crisis” popularly is said to combine symbols representing “danger” and “opportunity.” This turns out not to be true, but the basic idea still holds: most crises create longer-term opportunities as well as threats because they produce rapid, sustained shifts in organizations’ external and internal environments. Leaders who recognize this, and then act rapidly and effectively to capitalize on the potential changes, can position their organizations to emerge from the crisis stronger than their competitors.

This idea first came into focus for me when I was doing leadership development work with executives at FedEx in the late 2000’s. When the financial crisis of 2007/8 struck, I was able to observe in real time how the company dealt with the challenges.

FedEx was outstanding at dealing with the crisis, with well-developed routines and resources, including a “war room” and a dedicated crisis management team. What was more impressive to me, however, was the way that FedEx leadership looked beyond the crisis even as they were in the midst of it. They recognized that it would pass and began to focus on how to position the company for continued success post-crisis. This orientation was reinforced by a strong culture of leadership support and care for the workforce.

As a result, FedEx leadership did not make the depth of workforce cuts that would have been justified if they were thinking about the crisis alone. The company’s revenues dipped a bit in 2008 and 2009 and then recovered and grew strongly through 2010 - 2012, but net income was halved in 2007 went to zero in 2008 – in part because of the costs incurred in sustaining workforce capacity – and then recovered rapidly, ending up about 35% higher in 2012 than they had been before the crisis hit 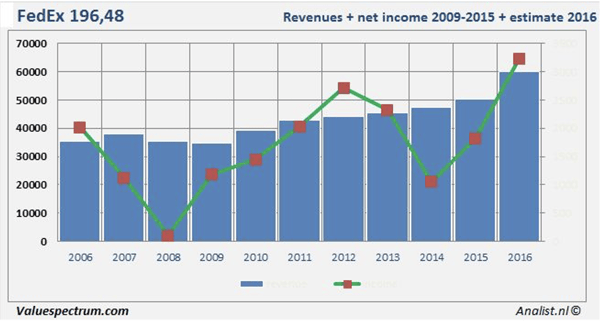 How can you pursue opportunity in the midst of crisis? The best way is to establish a separate “post-crisis planning team” that is isolated from the on-going crisis planning and response work. This team should be charged with responsibility for assessing the longer-term impacts and how the organization should position itself accordingly. It should be asking: What is likely to change permanently as a result of the crisis? What existing trends is the crisis likely to slow or accelerate? For example, is the short-term shift to substituting virtual for in-person meetings likely to continue to a significant degree after the crisis? Do these sorts of changes create opportunities and/or threats post-crisis that can be capitalized if we rapidly and effectively pursue the right actions?  If so, what needs to happen to lay the ground-work to do this?

Then there is the potential for the crisis to help speed up necessary changes within your organization.

As Rahm Emanuel, former U.S. Congressman, White House Chief of Staff, and Mayor of the city of Chicago, put it, “You never let a serious crisis go to waste… it's an opportunity to do things you think you could not do before.” Here too, this requires some discipline to step back from the immediate, potentially all-consuming demands of crisis management and ask: What needed actions become more possible that was the case pre-crisis? Are there investments in technology or shifts in strategy or structure that are stalled because of resistance to change? If so, could the increased perception of threat help to overcome this resistance and accelerate the process of transformation?

Of course, capitalizing on post-crisis opportunities and speeding up organizational change should not come at the cost of dealing effectively with the immediate challenges. However, organizations usually have the capacity to do this sort of parallel-processing if they understand how valuable it is. So, of course, you should focus first-and-foremost on doing an effective job of responding to the crisis. However even modest investment in shaping the post-crisis reality could reap huge potential benefits for your organization.